Climate change impacts on EU agriculture and the adaptation challenge

The changing climate is a major challenge - also for European agriculture. Agriculture is highly exposed to climate change, as farming activities directly depend on climatic conditions. The farming sector is thus in the front line of the battle against climate change impacts. The presentation will outline the projected impacts on agriculture in the European Union, and some of the aspects of the adaptation challenge for the sector.

Europe has warmed by almost 1°C in the past century, faster than the global average. Climatic conditions have become more variable. Rainfall and snowfall have significantly increased in northern Europe, while rainfall has fallen considerably and droughts are more frequently experienced over southern Europe.

Temperatures have become more extreme (for example the record-breaking 2003 summer heat wave) and floods more common. While individual weather events cannot be attributed to a single cause, statistical analyses show that the risk of such events has already increased considerably as a consequence of climate change. Economic losses due to weather-related disasters have increased considerably in recent years.

The studies on climate change performed in the last decade over Europe indicate consistent increases in projected temperature and different patterns of precipitation with widespread increases in northern Europe and rather small decreases over southern Europe. These changes in climate patterns are expected to greatly affect all components of the European agricultural ecosystems (e.g. crop suitability, yield and production, livestock, etc.).

In northern areas climate change may produce positive effects on agricultura through introduction of new crop species and varieties, higher crop production and expansion of suitable areas for crop cultivation. Disadvantages may be an increase in the need for plant protection, the risk of nutrient leaching and depletion of soil organic matter. In southern areas the disadvantages will predominate.

The possible increase in water shortage and extreme weather events may cause lower harvestable yields, higher yield variability and a reduction in suitable areas for traditional crops. These effects may reinforce the current trends of intensification of agriculture in Northern and Western Europe and extensification in the Mediterranean and South eastern parts of Europe.

Adaptation strategies need to be introduced to reduce negative effects and exploit possible positive effects of climate change. Both short-term adjustments (e.g. changes in crop species, cultivars and sowing dates) and long-term adaptations (e.g. land allocation and farming systems) should be considered. However, the differences in climate exposure, sensitivity, and adaptive capacity will affect in a different way the agricultural eco-systems across Europe. In particular, agriculture in the Mediterranean region seems to be more vulnerable than in other European regions. This calls for a considerable effort in research, development and innovation to deal with the changes, both at the continental and regional levels. European agricultural research and the agroindustry have considerable skills and know-how, which through technology transfer and promotion of innovation could be used for improving adaptive capacity in less well developed regions of the world, which will generally be more severely affected by climate change. 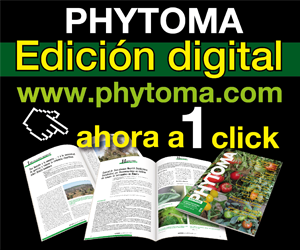 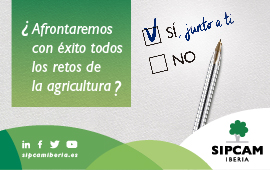